Somebody tagged me! How sweet of them. While my blog is mostly focused on reviews, recommendations and analyses, I do want to do something different for a change every once in a while, like collaborations for instance.

I would have to apologize for being pretty darn late to this. I was really busy last week with my job hunt. Luckily, I finally managed to find one in the end, and while its not really anything glamorous, at least I end up getting compensated for my time spent working there. I’ve kinda been fed up of having to just volunteer to gain all the experience. So, because of that, I’ve been skimping out on this. In spite of this, even if I’m truly late to the game, I still want to participate. Being an author has been a long lasting ambition of mine ever since I was 7 years of age. And having the opportunity to share with people my writing skills has been an occasion I’ve been looking forwards to.

Apparently, there are rules to this game.

1.You pick your first word, your setting, and your story genre from the list below. As individuals, your brand of creativity is unique to yours, so we want to highlight that by letting you choose from a bunch of words and creating something beautiful out of it.

Pretty simple stuff ain’t it? So, for this eventful situation, I’ve decided to compile a rather short story with three distinct elements to it: Fire + Mountain + Tragedy. Due to my everlasting admiration for the genre, I’ve decided to make it a mish mash between a dark and high fantasy. If any of you are fans of Berserk or Dark Souls, you’ll probably get a kick outta this one!

So, a 1000-word story then. Alrighty, I’m up for the challenge! Anyways, many thanks to Yomu for nominating me for this! I’m ever so grateful mate!

Five figures approached a cave ingrained into the side of a mountain. They were distinctive in terms of appearance and stature, so much so, that they felt like total strangers. The tallest, a knight with steel armor coating his body, stared into the blackened void in front of him, clasping his sheathed sword with a hobnailed shield slung onto his back. Beside him, a hooded figure clothed entirely in beige, gestured to the knight.

“Maybe this isn’t a good idea,” he warned. “If we get swallowed up by this place, who knows what horrors lie in wake.”

“Mage,” the knight replied, sternly. “Haven’t you faced many of these so-called horrors in your lifetime of serving at that academy?”

“The big fella’s right,” piped up the smallest figure of the group. He was plump, and downright dwarfish in terms of size. A chestnut beard covered his entire torso, and in his hands was a rifle. “Ya gonna hafta be careful within this ere place.”

“Yes milord.” The squire, a frail looking teenager dressed in blue overalls and lugging along an ebony coffin, nodded at his superior. The knight directed his torch towards the entrance, illuminating the darkness, and motioned towards the squire. The teen then dragged the coffin by his hands and broke into the dark void, huffing and puffing as he did so. The knight then craned his neck to face the others.

“So, who’s our guest here, Mage,” he inquired, flashing his torch towards a bare-chested man. The individual in question was caked, from head to toe, in tattoos. A greatsword was slung across his back, his head was covered with long, flowing blond hair, and he was clothed in a pair of grey sweatpants and work boots.

“This, my friend, is a mercenary I’ve hired in case our mission goes haywire,” the mage responded. “I only know that he hails from the southern isles and appears to have a fondness for bunnies.”

The tattoo man grinned at this, revealing a row of crooked, yellowish teeth. “You don’t worry about me, knight.” His voice was gruff, with a heavy pirate-like accent.

The other two nodded and the rest of the group ventured forth into the cave. They soon approached a dead end. At the very centre of the room, four dimly lit candles were positioned in a diamond formation. A pentagram was drawn into its centre, seemingly by white chalk. The Knight raised his hand, stopping the companions behind him in their tracks.

“Boy, set the coffin beside that mark!”

The Squire carefully laid down the coffin and the Mage stretched his arms.

“I guess I will administer the treatment,” he said.

“Oy! Wait a second will ye!” The Dwarf had his arms folded against his chest as he scowled irritatingly. “First of all, tell us what we’re truly dealing with here. Ain’t we supposed to kill a bear?”

“I don’t understand what you’re getting at here, “the Mage replied. “Did you not read the wanted poster?” He smirked as the Dwarf’s mouth dropped. “You were too drunk to realize it…”

“Enough!” the Knight snapped. “Let’s get this over with. Mage, do your trick!”

The Mage closed his eyes and muttered an incantation under his breath. “There, that should do it. You can open it now.”

The Squire proceeded to heave open the coffin. Its lid collapsed by his feet with a thud.

Suddenly, a hand covered in molten lava shot out and clasped him by the neck. The teenager’s eyes rolled back into his sockets as his head toppled onto the floor, his body collapsing separately to the side. A humanoid figure rose out of the coffin and bellowed at the group with an otherworldly scream. Its body encased in flames and brimstone, chains completely wrapped around its head, a look of malice in its eyes.

The Knight grabbed his shield and brought it in front of him. “Behind me, now!” he called out.

The creature discharged a column of fire at the knight. Parts of his shield broke apart upon impact, and the knight found himself being cooked inside his own armor as if he were in an oven. He screeched in pain and his head lolled downwards, pressed against the heated, metal bulwark. The Dwarf and the Mage sprung into action, firing bullets and hurling spells frantically at the creature, but to no avail. The beast then snapped its finger.

“Ah no, not the bea- “the Dwarf barely could finish sentence as his entire body was suddenly engulfed in flames. The Mage attempted an incantation to quench the fires, but the Mercenary moved his arm sideways to stop him.

“I’ll deal with this creature myself, thank you very much.” He knocked the living daylights out of the Mage, grunted, then drew his greatsword. “Come here you little beast.”

He charged at the creature and swung his blade in a flurry at it. Parts of its body were chipped off, but only seemed to grow back immediately. The creature, feeling as though it had enough, bellowed at the bare-chested fighter and grabbed him by the neck.

“Not… before… I end this…” he gasped, as he ferociously plunged his greatsword into the creature’s mouth. A loud shriek emitted from it and the creature gave the Mercenary a similar fate, ripping through his face with its arm. The Mercenary soon collapsed, a massive, cauterized, gaping hole in place of his facial features.

Lava soon leaked away from the creature’s body, revealing in its place a young girl, clothed in fireproof rags. With a dazed expression, she stumbled towards the Knight’s corpse, steam seeping through the orifices in his armor.

Hopeless, she curled up into a fetal position beside him.

Well, there you have it. My short story for this tag. Sure, its not the best written, and it is a little rushed, but then again, I don’t have much material to work with in such a short span of words. I swear there was so much editing afterwards due to how long winded it ended up being (plus I was kinda under pressure after dealing with all those customers from work, so my creative juices weren’t flowing as smoothly as I hoped). This really wasn’t a story fit for 1000 words. But alas, I had loads of fun writing it. It’s heavily inspired by The Witcher series, with its parade of bloodshed and magic. I guess it fits the genres I’ve chosen. The creature is covered in flames, the setting is inside a mountain, and it ends as a tragedy of some sorts.

So there you have it! I hope you enjoyed reading my attempt at writing up a 1000 word fable, and I highly look forwards to reading all your wonderful pieces!

Just a humble young stallion eager to impress his masters. View all posts by Critical_Stallion

What are you looking for eh?

Just a humble young stallion eager to impress his masters. 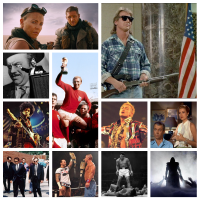 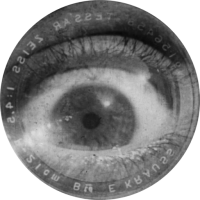 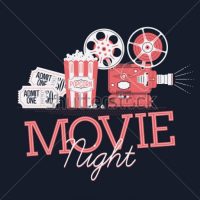 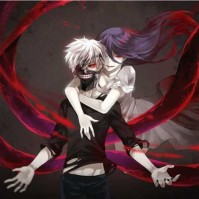 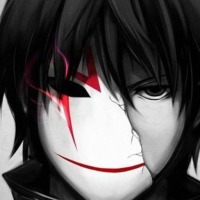 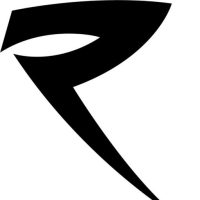 Too much anime, not enough time

Exploring the magic of anime and manga.

Your Source for Helpful Reviews

The Writings and Thoughts of Gillian Puma

Reviewing depictions of libraries and librarians in popular culture, especially in animation and anime, to counter stereotypes and increase public understanding of the library field.

Film, TV, Sport, Theatre, Music, Wrestling, and so much more...

the dream is always the same

The thoughts of an overly egotistic prick

Adrian vs. the World

All Viewings Old and New

Just another Canadian Traditionalist Catholic blogging away about anime.

Looking beyond the geek culture, but also exploring everything fandom has to offer.

We Really Do This Anime Stuff